Skip to content
A step Forward in helmet design
August 18, 2015 by aVelasquez 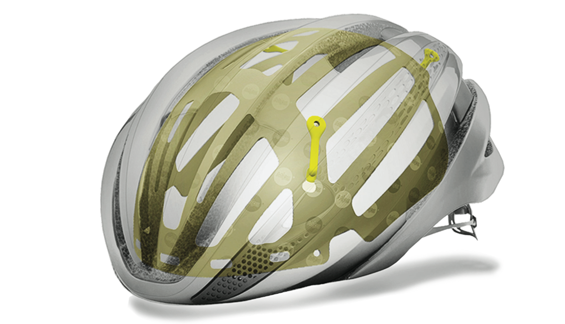 MIPS sets a new standard in helmet safety. Developed by brain surgeons and scientists to reduce rotational forces on the brain caused by angled impacts to the head. In a helmet with MIPS Brain Protection System the shell and the liner are separated by a low friction layer. When a helmet with MIPS Brain Protection System is subjected to an angled impact, the low friction layer allows the helmet to slide relative to the head.

It is claimed by its Swedish inventors to reduce the amount of rotational force transferred to your brain. The images below illustrates some results of a MIPS helmet compared to a regular one. 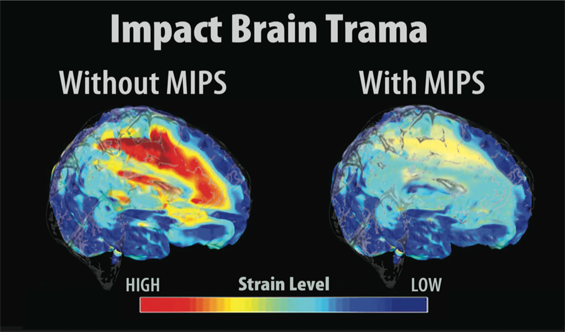 According to the MIPS website: “The secret behind MIPS’ unique, patented technology is that it mimicks the human brain.The brain is surrounded by a low-friction cushion of cerebrospinal fluid that protects it by allowing it to slide slightly on impact. MIPS imitates the brain’s way of protecting itself by giving the helmet its own low-friction layer between the outer shell and the liner, which also slides to absorb much of the energy created by an angled blow to the head.”

There are three main components to a MIPS-equipped helmet:

• The interior foam liner
• The Low Friction Liner
• And an elastomeric attachment system between them.

In an impact, the elastomeric attachment system stretches to allow the interior foam liner to rotate independently around your head. Although the system only moves a few millimeters it is believed that helmets equipped with this technology can reduce the amount of rotational force that may be transferred to your brain in certain impacts.

MIPS is proving really popular with helmet manufacturers at the moment, with many releasing a MIPS helmet model for 2015. The MIPS technology adds only a small weight penalty and seem to be well ventilated. No word on helmet pricing as of yet.